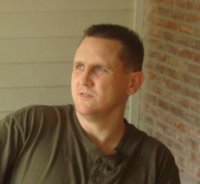 Founder of Injustice in Perugia

Bruce is currently a co-host on the Snow Files podcast. The podcast discusses the wrongful conviction of Jamie Snow and how they got away with it.