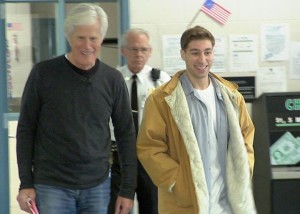 RYAN FERGUSON IS A FREE MAN

On November 12, 2013, Ryan was released from prison after serving nearly ten years in prison as an innocent man.

On December 5, 2005, Ryan Ferguson was found guilty of second-degree murder and first-degree robbery of Kent Heitholt, and was sentenced to 40 years in prison. Ryan was convicted based on the accepted testimony of two people, Chuck Erickson and Jerry Trump. Both Erickson and Trump have since given sworn affidavits stating that they were lying.

There was not one piece of evidence found at the crime scene that supports Ryan’s conviction. His conviction was secured solely on witness testimony that has now been shown to be unreliable.

This petition made change with 267,078 supporters!